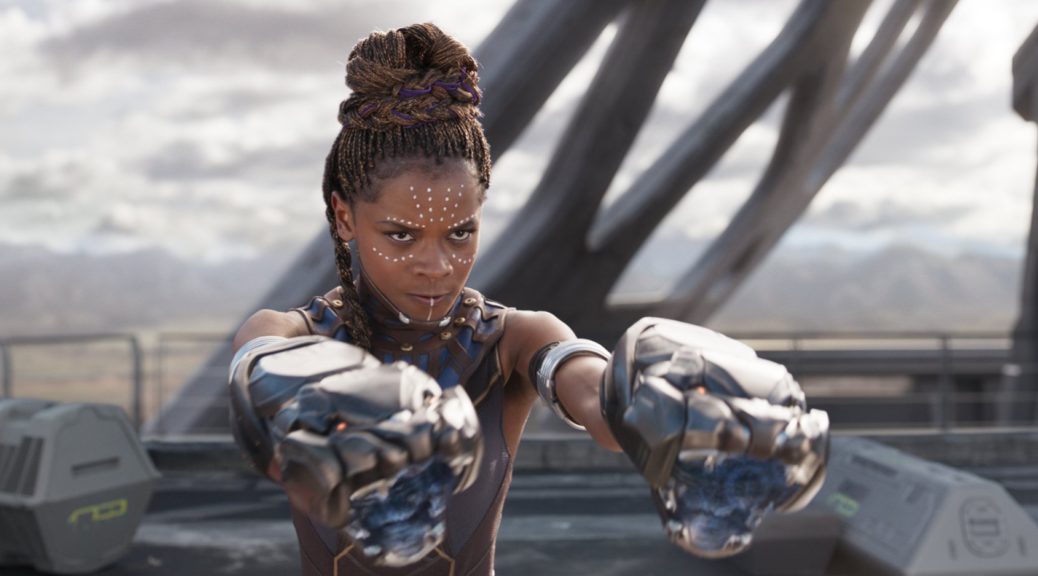 It isn’t quite often that a movie like  the Black Panther movie, produced in the West, will feature a predominantly foreign cast, but if this fails to be quite telling of the uniqueness of Black Panther, then it calls for a sub-surface probe to determine whether indeed Black Panther is an epic movie. One question you might ask yourself is why Marvel had to make such a dramatic move from what people have been accustomed to. “Is there a hidden, somewhat subliminal message that the producers wanted to put across?” you might ponder. Probably, there is.

What do the numbers tell you?

Black Panther, the Hollywood game changer, if it should live up to this title, must not just show promise of breaking several records in the entertainment world, but actually, exceed the limits previously set by comparable movies. For a movie that’s barely a week old since its release, it certainly does seem to be setting a new trend on what would have erstwhile appeared to be a well-worn path.

According to PostTrak, 40% of all movie enthusiasts in the United States are African American, and it is this cohort that is behind the stupendous sales accrued over the past few days. Indeed, the ticket sales have been so high that Black Panther has been touted “the biggest pre-summer opener of all time.”

A website of great renown has been receiving feedback from people who have watched the movie, and as would be expected, the responses are as varied as the personalities of the people who gave them. It goes without saying that you have a right to hold an opinion about anything, but when that opinion runs at variance with the opinions of others, and then it would only be appropriate to re-evaluate your perspective. For example, how would you explain why 13 out of 25 reviewers give the movie a 10/10 rating, 6 reviewers give it a rating between 1/10 and 6/10, while all the rest rate it between 8/10 and 9/10?

Assuming that these figures are a true representation of the views held by all those who have watched the movie, it follows that up to 76% of all who have watched it regard Black Panther with high esteem. If the remaining movie enthusiasts were to choose whether or not to watch the movie based on these figures alone, it is highly likely that less than 25% of them would think of Black Panther, the Hollywood game changer, as sheer hype. Nevertheless, since the question is yours to answer depending on what the numbers seem to reveal to you, go ahead and do the math. Whatever you uncover might be mind-boggling!

On Contemporaneous Matters of Global Concern

You do know that the movie industry does’nt only aim to entertain you but also to keep you informed about contemporary global issues, with the hope that you will be moved to endeavor and make a difference albeit locally. To this end, Black Panther does seem hell-bent on instigating the total upheaval of the status quo of what is known about the developed and Third World countries.

While the storyline might be relatively innocuous, reminiscent of the plot in Game of Thrones series, it does carry within itself a profound message to the First World and Third World countries alike; appearances can be deceptive. On the one hand, whoever appears to be affluent or highly developed industrially and technologically might not necessarily be so. On the other hand, the oversimplified standardized image with which a country has often been identified can act in the favor of such a country by hoodwinking the rest of the globe with the false impression that the country is underdeveloped. Regardless of this, secrets can only be kept for so long.

Against such a backdrop, it should not come as a surprise to you if indeed the allegations were true that a country in the Middle East has an arsenal of weapons of mass destruction, which it has surreptitiously kept away from the prying eyes of the superpowers. It would be dangerous to assume otherwise, but what if the lauded superpowers’ widely acclaimed arsenals were no match for the yet-to-be-revealed?

In an era when inclusivity invariably hits the headlines, Black Panther goes a long way in attempting to make a parody of the elusive Utopia where all people enjoy the equitability of resources and opportunities. This ought to take you back to the cast and make you privy to the fact that no other major production in the history of the film industry has ever comprised of “an almost entirely black cast.” Well, too much for the case of diversity. Black Panther is a Hollywood game-changer, which debunks the myth that the industry is a white man’s purview even by having an African American director.