“Woman Warrior King” is a powerful and thought-provoking film that tackles the difficult and emotionally charged subject of the slave trade. The film follows the story of a young African woman named Nzinga who, despite facing countless obstacles and hardships, rises to become the warrior queen of the Kingdom of Ndongo and a fierce opponent of the Portuguese slave trade in 17th century Angola.

One of the most striking aspects of “Woman Warrior King” is its portrayal of the horrors of the slave trade. The film does not shy away from showing the brutal realities of the slave trade, including the violent capture of African people, their brutal treatment during the Middle Passage, and the dehumanizing conditions they faced on plantations.

Despite the heavy subject matter, “Woman Warrior King” handles the topic with sensitivity and nuance. Rather than simply portraying the slave trade as an abstract evil, the film delves into the complex political, economic, and social forces that enabled and sustained it. The film also explores the various ways in which different characters, both African and European, responded to and were affected by the slave trade.

One of the key strengths of “Woman Warrior King” is its portrayal of Nzinga, the film’s protagonist. Nzinga is a fully realized and complex character who is driven by a fierce determination to protect her kingdom and her people from the slave trade. Despite facing numerous challenges and setbacks, Nzinga never loses sight of her goals and ultimately becomes a powerful and inspiring leader.

The film also does an excellent job of depicting the intersectionality of the slave trade, showing how it impacted not only those who were directly enslaved, but also those who were complicit in the trade and those who opposed it. For example, the film shows how European merchants and politicians profited from the slave trade, while at the same time, some European missionaries and abolitionists worked to end the trade and help enslaved people. Another notable aspect of “Woman Warrior King” is its depiction of the resilience and strength of the African people. Despite being subjected to unimaginable suffering and abuse, the characters in the film refuse to give up hope and fight for their freedom and dignity. This message of hope and resilience is particularly relevant in today’s world, where issues of racial inequality and injustice continue to plague our society.

Overall, “Woman Warrior King” is a powerful and poignant film that handles the difficult subject of the slave trade with sensitivity and nuance. Its depiction of the horrors of the trade, the complex political and social forces that enabled it, and the resilience and strength of the African people is sure to leave a lasting impression on viewers.

Gallery of Merits of the Woman Warrior King 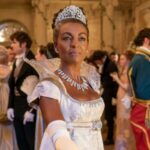 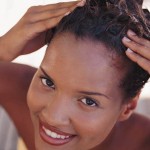 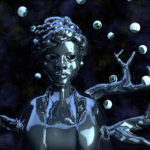