“Hair is part of you,” tweeted Carmelyn P Malalis, the chairperson of the Human Rights Commission. That was a chilling message to people who believe only “neutral hair” styles can look professional. It was also a dawn of new era of freedom for women of color. Good news is, it is no longer considered illegal to wear your preferred hair style in the New York.

HRC also released guidelines that are likely to stir a  spirited “my hair my right” storm across the whole country. According to the new guidelines,  anyone living in New York City could seek legal redress in fines or any other remedies if they are punished, harassed in schools, workplace or public spaces for  their hair style or texture.

While these protections are not targeted at women of color, they were prompted largely by what HRC refers to as “stereotypes that regard hair styles for women of color as unprofessional.”

Today, black hair continues to be restricted and regulated as a result of the 1964’s Title VII of the Civil Rights Act  that gives employers legal authority to enforce their preferred appearance policies and dress-codes. These ones include the regulations on how women should wear their hair enforcing what The Equal Employment Opportunity Commission (EEOC) refers to as “neutral” hairstyles that don’t look  funny or unkempt.

Women of color keep rejecting these policies, regarding them as “Eurocentric beauty ideals” that are not part of the African-American culture. As a result, they have experienced  numerous ugly cases of discrimination across different states. A perfect example is the case of a Louisiana state 11-year-old Faith Fennidy. The Christ the King Elementary School’s student was sent home from school for “not wearing neutral hair style.”  The administrator said that the student had worn a braided hairstyle that violated the school’s dress-code policy.

When the writer and human rights activist, Shaun King,  posted the video of the student crying, the video sparked an outrage online.

Expressing his sentiments about the incident, activist and rapper T.I. said that it was more of the administration having “ issues with black people’s hair” than a mere policy violation. He felt that the school was out to publicly humiliate and ostracize this girl.

However, an excerpt from the school’s policies stated that wigs, extensions, and hair pieces are not allowed. They only embraced natural hair.

Surprisingly, that’s just a tip of the iceberg

Unfortunately,  Faith’s  conundrum is not unique. A 17-year, Tallahassee’s Jenesis Johnson  had her bitter taste of the race pill too.  She was ‘advised’ by her teacher that she needed to “have her hair fixed” because she was sporting an afro. The teacher insisted that it was not right and that she “needed to put in a neutral style”. As if that was not discriminative enough,  the student was called into the office of the assistance principal where she was told that her hair style was faddish, extreme and out of control.

Things  starting to look up

Unequal polices like these make black women feel humiliated and insecure about their physical appearance. This can kill their ego and make them lose self-control.

Fortunately, The New York City Commission on Human Rights  has set a good precedence. These guidelines will protect the people of color against any discrimination based on their hair texture and style.

We expect that this move will prompt many states to review their dress-code and general appearance policies. As a result,  the era of perpetuating racist stereotypes will be soon gone. 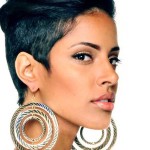 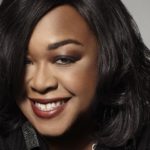 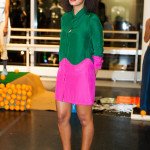 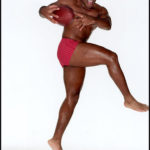