Hair – something that is seemingly just part of our body, whose main bodily function is to regulate temperature and hold in body heat (that’s for the typical big bunch of hair on your head). It’s generally protective, which isn’t all that bad for a bunch of dead skin cells. Yes, all the hair on our head is dead, except for those still actually inside our skin and scalp. It’s a pretty weird thing for something that most people spend so much money on to maintain its upkeep and whole industries to follow and know the next trend on, from pharmaceutical companies to entertainment and celebrity powerhouses. Well, weird hair facts only get weirder and weirder and we’ve compiled it all for you! Nope, it ain’t made of rubber but because of side bonds found in hair, a healthy strand of hair can stretch up to 30-50% of its length when it’s wet before returning to its original form when dry. But emphasis on “healthy” – you’d want hair to be healthy with high elasticity because that means it would be easier to style, won’t lose its curls as quickly as those with low elasticity and most importantly, it won’t break off. Hair breakage is ugly and what’s more, low elasticity is prevalent in people with curly, coily and kinky hair types. You can prevent this by doing deep conditioning to maintain your hair’s elasticity. Try out products like Philip Kingley’s Elasticizer ($49) which not only works on damaged hair to lessen breakage, but gives it shine and added volume as well. To test the least elasticity, as well as the strength of your hair strand, you have to know that a typical strand of hair can support to around 100 grams of weight. That means that a normal head of hair can support the weight of two full grown elephants. Mighty strong, our hair!

Weird Hair Fact # 2: Redheads are weirder than the rest of us

If you have natural red hair, count yourself in the 1-2% of the human population – a rarity that has breed mixed emotions especially in the olden days when redheads were treated with varied reactions from admiration to fear and ridicule (witches with red hair burning at the stake, anyone?). Although redheads are commonly found in Caucasian countries like north and western Europe as well as the United States, the genetic trait still occurs in such areas as Asia, Oceania, the Americas and South Africa. There have been studies too that redheads have biological differences as well, not just in hair color but in pain tolerance and injury as well, needing greater amounts of anesthetic, are more prone to bruising and feeling hot and cold temperatures, and bleed longer. No wonder there’s this conspiracy theory that redheads are aliens! And that ancient Greeks thought they would turn into vampires after they died!

If you’d want to feel a little out of this world and maybe a little bit weird, red hair color is pretty popular as well, tried on by a host of celebrities that are most certainly not redheads (hello Riri!). Find a trip to the salon too expensive? Try out eSalon for their customized hair colors that will take into consideration your skin tone, eye color, color history, and gray percentage. Order a custom color set on eSalon.com for  $19.95. If you went for red, better keep the color in and get yourself a protective hair color shampoo (also on eSalon) because hair dyes usually fade over time, especially reds. We can’t all be natural redheads, even if they are biologically weirder than us!

The average lifespan of a strand of hair is 5 years and then it basically stops growing (but who doesn’t go for a trim within 5 years, eh?). But we all need hair to keep on growing longer and healthy because we need to cut off and trim off those dead skin cells – that’s just the way it works. Of course, a lot of people just want to grow out their hair for the aesthetics of it. Maybe it’s growing out or growing into a certain hairstyle, we all want healthy hair growth. And there are a lot of things out there that have been said to stimulate hair growth – like animal dung (I wouldn’t even try) and safer things like common home ingredients and essential oils (try out Sunny Isle Jamaican Black Castor Oil for only $9.99). But you’re in luck when you’re in warm weather as the heat can stimulate circulation and encourage hair to grow slightly faster. And weirdly enough, anticipation of sex can also make hair grow faster. Well, it’s already been scientifically proven that sex has benefits like beautiful skin and hair, as well as a stronger immune system. Case studies also show that even the expectation of sex can lead to longer hair, all connected to the buzz and activated neurons you feel on your scalp and body with just the thought of it all. So go ahead, your hair will definitely love you for it!

It’s hard to know what were in people’s minds before the modern age, and it can be especially hard to decipher Victorians as they were into stuffed cats that mimicked human poses, making fans out of preserved bird feathers, and apparently they were also into wearing hair jewelry. And no, it’s not putting a piece of accessory on your hair, but rather wearing jewelry with actual human hair in it. And it was more like coming from a dead human!

Although there were those who wore locks of their sweetheart’s hair, strands of hair from their dearly departed loved ones were made and embedded into jewelry. It raised the whole “I see dead people” thing to “I wear dead people”. Good thing it went out of fashion during the early 1920s and right now, the only hair jewelry we are wearing are actual headpieces made of non-human materials. Check out this Rhinestone Head Piece from Forever 21, where the only hair to be had is attached to someone still alive.

Gallery of 4 MAJORLY WEIRD HAIR FACTS – Would You Want To Know?

Related 4 MAJORLY WEIRD HAIR FACTS – Would You Want To Know? 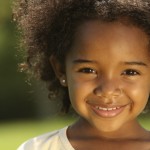 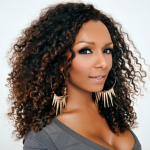