Black Hair Style > Inspirations > Looks to Steal From the 2016 NYFW

It is that time of the year again; the New York Fashion Week (NYFW) is here again. Held every September and February annually; this year the  NYFW will run from the 10th to 18th of February. This year the NYFW has also created heightened buzz, because FitBit Alta will debut fashionably  on the runways.

NYFW is marked by several fashion showcases around town, including the MADE Fashion Week and the Mercedes-Benz Fashion Week.  Most of the showcases are usually ‘industry events’ meaning that they are by invite only, but several showcases are open to the public. To get closer to the action at this year’s NYFW, simply RSVP to attend those events.

The 2016 NYFW will see designers present their best looks for the 2016/2017 fall/winter seasons. This year isn’t any different, with over 100 designers ready to showcase their collections during the 8-day event.

Soulful singer Erykah Badu is expected to style Pyer Moss’s collection for the 2016 Fall/Winter NYFW. Erykah Badu will work with Kerby Jean-Raymond, the brand’s designer for their show set for the 13th of February. It seems like several musicians turned designers will be showcasing their designs at the upcoming NYFW. Rihanna joins the bandwagon and she it set to debut her Puma collection dubbed ‘Puma by Rihanna collection.’ Her collection will showcase on the 12th of February at 8.00 p.m. Kanye West will also debut his Yeezy Season 3 collection during the NYFW. The showcase will also serve as the premiere of West’s Waves album, and it is set for February 11th at 4 p.m at the Madison Square Garden.

Last year saw  the launch of the inaugural New York Fashion Week; Men’s edition and this year was its 2nd installation showcasing Fall/Winter wears. Started by The Council of Fashion Designers of America, the showcase will be a bi-annual event with the aim of bringing forth the best of men’s fashion wear.

The NYFW; Men’s showcases kicked off on the 1st of February and run through to the 4th at the Skylight Clarkson North. Several designers showcased diverse Spring/Summer men’s collections. The public rarely gets a front row seat to the NYFW showcases, with only a few events open to the public. However, fashion brand Public School changed this with a ‘Street-case’ outside the venue of their runway show. The models started by walking down the street outside and then into the venue on to the runway. This actually gave members of the public a first glance at the collection, before the VIP guests and members of the press waiting inside the venue. Amongst the fashion that was on display were Men’s accessories and the designers did not fail to impress. From men’s fashionable bags, shoes and the unconventional runway accessory; Vapes were seen on the runway.

It wasn’t the first time for vapes to be part of runway shows, but previously they were given out as freebies to VIP guests, like last season during designer Richard Chai’s  show.

Beyond the fashionable outfits that are presented during every NYFW event, most of us often wait to borrow on hairstyles from the events.

The NYFW Spring edition was held last year in September, and characteristic of the showcases there were new hair looks to steal from the show. Fitbit unveiled their latest fitness watch installation last month branded the Fitbit Alta. It is considered their most fashionably fitness watch yet, and it might just make a debut as a fashion accessory on runways during the upcoming NYFW. The Fitbit Alta comes in a trendy stainless steel package with a monochrome display.It is also designed to allow the wearer to personalise it by wearing it with bands of varying colours as well as materials. The Fitbit is not exactly a fitness performance device, and it is marketed for everyday use to monitor everyday activity levels. It monitors daily activities from steps taken to sleep.

The Fitbit intuitively alerts you when you have been inactive for too long, by vibrating, to prompt you to get in some workout. The new Fitbit Alta comes with a smart track function, which is designed to automatically recognise different activities immediately when they start. It then logs in the workouts (sports specific) to your Fitbit mobile app. Now Fitbit wants the fashion world to buy into their fitness tracker, and they started off by inviting fashionistas to an exclusive morning workout session at the Trump SoHo hotel in New York. This could be in a bid to give their latest wearable tech device more visibility, in the crowded wearable tech market.

Being incorporated in the upcoming NYFW will give the Fitbit Alta the buzz and visibility required to inspire the masses to get one of these devices. You can be a part of the revolution and grab yourself one of these fitness trackers from fungadgets.Com.

Gallery of Looks to Steal From the 2016 NYFW

Related Looks to Steal From the 2016 NYFW 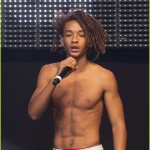 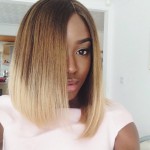 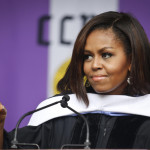 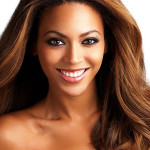