Currently going into its 6th season, Game of Thrones has continued to garner a cult like following since its premiere in 2011. What we love so much about the show are its twists and turns of the mythical fantasy land. What we love as well are the stunningly intricate and  dramatic hairstyles that the cast spots. Let’s explore some of the hairstyles from the show.

The hairstyles you will spot on the show are mostly twisted, braided and woven. From the moment we meet Daenersys Targaryen, the Khaleesi and mother of dragons, captures our attention. Not only is she strikingly beautiful, but she is also quite intelligent and spots diverse stunning hairstyles. Her braided hairdos could be the show’s best hairstyles. They often seem complicated, but braiding your hair into several dutch braids and tying them together at the back should give you her most memorable look. Cersei Lannister is the character we love to hate on the show, but she does spot an enviable mane of hair as well. With a host of events to dress up for, being royalty, she often spots head-turning looks. One of the looks she spots on the show involves creating four twisted strands, two on each side of the head, and braiding them up at the middle to fall down the back. Arya Stark, the fragile yet feisty girl we were introduced to, wore up her hair in an intricate braided bun. The hairdo also does come off as a complicated hairdo, but all it takes is having several braids done and tying them up into a bun. Arya spots another unforgettable Cockles and Clams twin braided look that caught our attention. She spotted this look during her transition phase into becoming the most skilled killer in the Seven Kingdoms. Caetlyn Tully also spots a single thick braid at some point. The hairdo is marked with a twisted strand going across the head at the back. The simple yet striking hairstyle is befitting for a woman of her stature and makes for a good work hairstyle.

Besides the braids and woven looks, free flowing hairstyles are a Game of Thrones favorite styling choice for most of the cast. With most spotting waist length hair it is a good styling choice to let the hair flow freely. Melisandre spots a free flowing look with waves drizzling throughout her waist-grazing length hair. However, she has strands of hair from each side of the head secured at the back to hold the style in place. The style suits her stature as Priestess and Stannis Baretheon’s adviser. Ellaria Sand spots long untamed wild waves during the time she was forced to bid farewell to Oberyn Martell who was died in battle.

Half Up Looks and Up Dos

Half up looks also seem to be a Game of Thrones favorite. The hairstyle is simple enough, but also fashionable enough for the epic period that the show is set in. The ‘wildings’ of the show also spot some show stopping looks. For instance  Osha spotted an unmissable messy half up look. For her wedding Margaery Tyrell had on a dramatic, voluminous up do featuring cascading curls.

Game of Thrones also borrows a number of styling choices from the Greeks and the Renaissance period. Sansa Stark wore a chignon created with twisted strands to create high volume and enhance the dramatic effect of the look. She wore the hairstyle on the sad occasion when her father was beheaded. Caetlyn Stark spotted a low plaited bun, a bit of a deviation from her usual prim and proper looks. Tyene spots a short pixie cut that is befitting for the ‘warrior’ she in searching for her father’s killer. Ellaria wears a face-framing long bob with loose curls. This is a relatively no-fuss hairstyle very suitable for the era. When Arya goes about her own way she spots a short do to conceal her identity. The long page boy style haircut makes her look somewhat like a boy, but keeps her girl-ish look as well. Brienne of Tarth wears a super short bob, which is befitting for the warrior that she is. Her blonde bob comes off both as feminine and masculine as well, a perfect combination for her.

Missandei, the Khaleesi’s best friend and handmaiden, wears her hair in neck-length soft curls. She often wears an indiscernible headband, which pulls back her hair for a hassle-free look. Ellaria spots a striking metal-caged hair accessory that caught our attention. It is definitely unlike your ordinary head piece, spotting layers of chains in varying lengths. Myrcella spots a flower on her hair worn as a hair accessory. Apart from the flower she secures her hair using two strands from each side tied at the back and concealed beneath her blonde wavy hair. Sansa wore a hair-crown created by piling hair atop her head and weaving it up using a string. She also wore a thin headband o further hold the look in place. At the back she let two twisted strands fall to the front of her shoulders. The Game of Thrones men are not left out when it comes to stunning with remarkable hair cuts. Jamie Lannister spotted a super cool Summer Cut, which we think must have been quite the hit in the period the show is set. All it takes is running one hand through the hair to style this no-fuss look. Jon Snow wears his neck-length locks in a ‘wet look.’ Being part of the watch he is always out in the snow and you wouldn’t expect him to have given his hair an inkling of thought throughout his life. However, the hairstyle suits him and his no-fuss requirements as a man always on the go. Tyrion Lannister  wears a befitting Freedom Shag, which he let grow out during the journey he made across the Narrow Sea. Ned Vassal wore his hair long in a half pony style. He spotted this look even at his beheading. Khal Drogo kept his longer than long hair secured in a back falling ponytail segmented with hair ties. He also segmented his long beard giving him a tough look.

These are just a few of the hairstyles we have seen on the show. We can’t wait to see what season 6 has in store when it comes to the Game of Thrones hairstyles.

Gallery of The Hairstyles of The Game of Thrones Cast

Related The Hairstyles of The Game of Thrones Cast 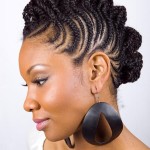 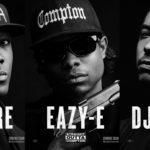 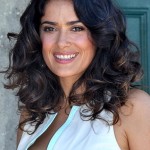 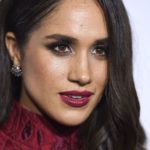